The spawn of Azathoth heard their call

Posted by Zarono at 5:57 AM No comments:

They could plunge from world to world

Posted by Zarono at 6:30 AM No comments:

The Curse From Beyond

I've managed to contain the infection using the bracer of Inragos and the Voorish Chant but I fear it is only a temporary solution.
"from the notebooks of Dr. Eugene Kantorius" 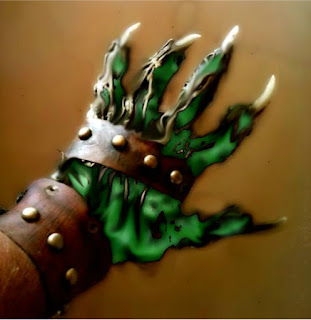 Posted by Zarono at 5:03 AM No comments: 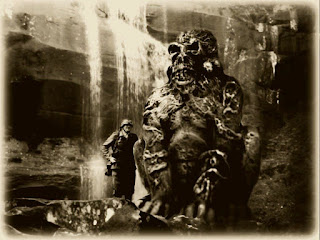 Photo from the 1939 German expedition to Bal Sagoth island.

Everything else by me

Posted by Zarono at 3:37 AM No comments:

Daughters of the Black Goat

Clad only in witchfire I have seen the daughters of the Black Goat dancing in hidden glades beneath the full moon! That very moon which is the eye of their Dark Mother! And the shapes that come from the woods to dance with them, things cast in a mold not of this world or of any world where sanity and light prevail!
(Except from a sermon given by Rev. Alton Bowers at the Church of the Holy Light in Arkham, Massachusetts in 1906) 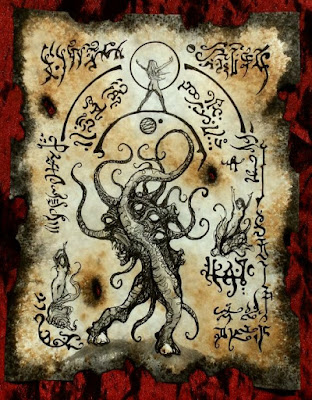 Posted by Zarono at 4:39 AM No comments:

Hierophant of the Black Tower

A black tower stands in the center of the city of Lal-Khra'tum and men say it is older that the city, so old that it stood there when the jungles covered the plains instead of desert sands. In all the history of Lal-Khra'tum it has been noted that robed and hooded priests go from that tower to do business with merchants, buying food and wine with their ancient gold, and on occasion slaves that are never seen again. I had long wondered what god was served there and so on a moonless night I climbed that tower and gazed through the barred windows to glimpse the hierophant who dwelt in the uppermost chambers of the tower.
(From the Scrolls of Vecra Tutthoon) 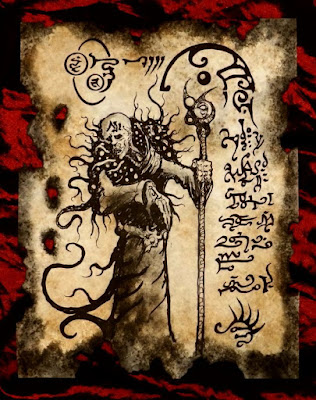